Congratulations to pastman Brian McGovern (Class of 1968) who was recently appointed as a Judge of the Court of Appeal.

After leaving Knock Brian studied law at UCD, graduating with a BCL in 1971. He was called to the Bar in 1972 and become a Senior Counsel in 1991. He then went on to sit as a Judge of the High Court after being nominated in 2006 and served in that role until last month when he was elevated to the Court of Appeal.

Brian is the son of pastman and former Union President J. Niall McGovern (Class of 1939, RIP) who was also a high flyer in the law having been a globally recognised expert on maritime law and a founding member of the Irish Maritime Law Association. Brian's brothers also attended the College, Barry (Class of 1966) and Niall (Class of 1972).

Brian will also sit on the same Court as another pastman, John Edwards (Class of 1978) who has served on the Court of Appeal since 2014 and prior to that as a Judge of the High Court.

The Union extends its congratulations to Brian on a remarkable career in the law and wish him well in his new position as the Hon. Mr. Justice Brian McGovern of the Court of Appeal. 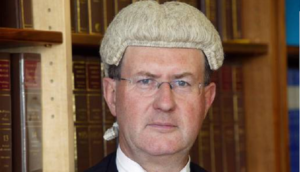 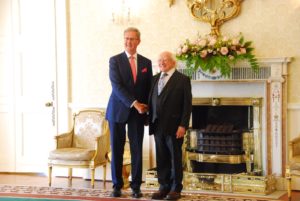