At the Annual General Meeting which was held on the 2nd of December 2019 out at the College, Mr Johnny Lynch, Class of 1993, succeeded Mr Fintan Cooney, Class of 1984, as President of the Union.

Meanwhile Mr Patrick Farrell, Class of 1993, was elected President-Elect with the expectation of entering office in 2021. We congratulate Fintan on a very successful term in office. The focus now turns to Johnny in a new decade who is also our first 1990s President and we look forward to what the next 12 months have in store. Fintan will now join his predecessors as a Past President Ex-Officio Member of the Committee.

Mr Ian Garrigan has indicated his intention to stay on as Honorary Treasurer while Mr Cian McGoldrick will continue in the role of Honorary Secretary once again. Mr Jack Hurley stepped down from the position of Junior President and is succeeded by Mr Cormac Fagan (Class of 2012). We congratulate Cormac on his election and wish him well during his term of office.

We also had the opportunity to formally welcome onto the Committee a new general member in Mr Cian O’Doherty (Class of 2014). Congratulations Cian and welcome to the Union Committee.

Ms Ger Corrigan retired from the College Staff in September and therefore also from the Union Committee after 22 years serving the Union. Mr Fintan Cooney made a presentation to Ger to thank for her years of service. We wish her successor Mr Shane Cassidy many years of success. 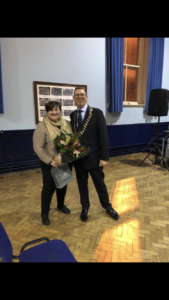 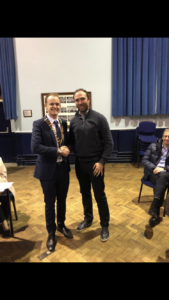